It was late, the time of night where shadows scaled the skyscrapers. Two sat on the bed, a freshly lit cigarette in the tray next to the ceramic lamp. Ashes scattered over pages of an open book, cosmic dust daring to become permanent like the pen. A laptop screen was the only source of light for the two, save for the embers glowing next to empty frame.  The two sat, allowing their chests to rise and fall at the same rhythm, instead of speaking (words were pointless). Or maybe they were afraid that any secrets spilled through soft lips would end in separation again. This fragile fragment of time, this inkling of borrowed eternity they shared was the only proof that they, had once, existed. But the end-as it always does-happens before the act can be noticed.

Soon reality would return, desperately reminding them to find their future in today, but for now they were together. And that’s all that mattered. Her momma had been right the entire time. All the touches shared, the quiet whispers in the dark, the shattering of a broken heart that continued to beat, it was real. But so were her scars, his eyes, her smiles, his mistakes, their beginning. The rain drop slid down the edge of the chilled window, forcing the two to break the silence. 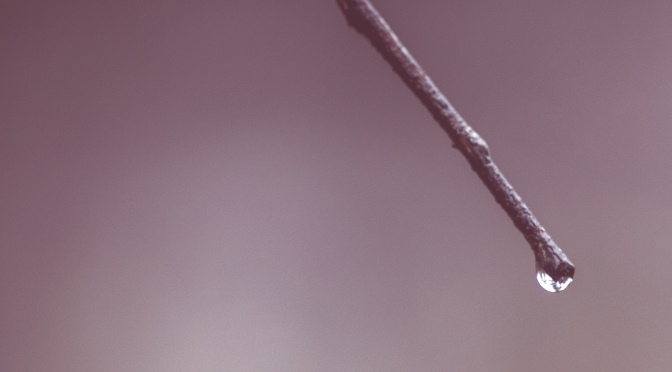 “What made you send that?”

“You should, you’ll only get hurt.”

“Is time going to stop you from drunk texting me?”

“I know, but you’ve already ruined my day now.”

He laid on the edge of the sofa, sharing the cushioned space with a girl with cheeks made of moonstone. The beauty of her cheeks, matched only by the innocence in her chest; old enough to love, but not old enough to notice a broken man. A simple invitation sent by her, and now he was comfortable on her couch. And somehow they moved to the bed. And somehow the clock read 3:07 AM. And somehow the words escaped his mouth. “Can I stay with you?” “Don’t you have a girlfriend.” “Not anymore.” “Then yeah,” she whispered as his shirt glided to the floor. Their bodies remained at opposing ends, save for the moments they met in the middle. But he hadn’t anticipated the magnitude of his choice,  deciding to sleeping (with) next to a stranger.

“Time knocks like a tax-collector,” is what her mother told her when she buried her father.

“All ripples start from somewhere,”  is what her mother told her when she opened the envelope.

“Truth is both poison and the antidote,” is what her mother told her when she said goodbye.

“Doors close for a reason, it’s up to you to find another one that’s open,”is what her mother told her when she started moving on.

Dreams at his doorstep, all of his desires sitting on the brick stoop of his porch. He was ready to chart his course. Because of the end, he now had a beginning; and the sunset, how beautiful. Her smile, how beautiful, it’s what he loved the most. Or her tattoo, the thick lines contrasting against her silken shoulders. To be back in her arms, was that proof that it was real? All he wanted was a spot, a place to claim for his own, and he’d found it at the end.

A ribbon dancer, twirling with salmon-colored tails in the wind; or a child in summer, blowing bubbles out of a plastic circle. Diary, don’t you know, she is free. Curious and careless as the summer breeze, beams of the horizon kissed her cheeks. Days were finally hers to own, proving that sacrifice can be soothing. Her bond was now gone, a half-broken anchor, disguised as a relationship with a half-empty vessel was set loose in the waves of time. Her eyes set upon the crystal sea, seagull feathers falling from her flapping wings as the shores of (his) story, faded in the briny mist.

The sunrise reflected against the phone screen propped next to the soaked pillow, light scattering across the thin layer of skin that separated his mistakes from his mind. Awake. Already drained before daybreak, the current in his elastic veins carried alcohol and emotions throughout the night. He pushed the pillows off of the edge and searched the mattress for his phone. A light. Her name. The static letters provided the boy with enough visibility to see his faults.

Laying flat against the springs, he stared at the revolving fan and began piecing together the illusion from the night before.

Crimson walls, crimson floors,  white columns, black dresses. A meeting ground for the moral-less and the lonely, and he happened to be there. And she was too. Obsidian lips curled around the rim of a frosted glass, as she reminded her reflection what it meant to be beautiful. How long had it been since he tasted her lips? As the inebriation settled in, his rationality sent one final message to his soul. The sculpture in front of him, may have been crafted by the same hands, but it was not the Athena he once worshipped. Her frame faded into the shadows, leaving him alone with the image of his former lover.

The joint pressed between her lips, igniting her passions once more. How easy the smoke dissipated, like shadows, like dust, like feelings. Each day carried her farther, lazily drifting along the banks of time.

Was their love a fairy tale, a story to be told to drowsy children?

As the thought ascended with the haze, she realized that the dream she once held degenerated, forcing her to settle. The nights spent on the couch, the countless lunches, the small talk that polluted their phones; what did all of it really mean, if she was capable of continuing without it? Essentials…she repeated to herself, taking another pull of the fresh joint.

Act II for FLW is underway. Here’s an old section that I wrote, it’s going to be redone soon.

His hand reaches towards the remote and now the bedroom is silent. He curls into his corner and shuts his eyes, despite the lack of tiredness in his body. For a few minutes, he is quiet, attempting to control his breathing in hopes of falling asleep faster. It fails. He readjusts himself in bed, with his hands behind his head, staring at the fan. He looks over at Her again, who he can tell is still awake by her twitching. “Can’t sleep either huh?” he whispers. Silence. Hereaches underneath the sheets, finding her bare back in the process. She is hot, for a second he believes that he is sleeping next to a fire. “I can’t either” she finally responds. She turns towards him, but the night obscures her face. Her lips are the only thing he can detect in this darkness. “What’s on your mind hun?” ___ asks. His breathing increases and the sheets begin to move in sync with his chest. “You know what’s on my mind. It’s the same thing that’s been on my mind since the beginning. No matter what I do, I can’t stop thinking about him. I can’t. I’ve tried to understand it.” “Shh, talk to me.” her hand found its way underneath his soft hair. “What exactly are you thinking about?” ___ sighed, pulling his head away in the process. “It’s nothing. Forget it, I’ll sleep it off.” “And then you’ll wake up tomorrow and feel the same way. ___, please talk to me. You’ve been so distant lately and I’m not sure what’s happened. You don’t…” tears began to form. “You don’t even speak to me some mornings. I stand at that sink just like you do, every day and yet it’s like you don’t see me. You just stare into that mirror. I’m hurting, and you can’t even see it.” she cried. The pillow absorbed her tears. “Hey I’ve been here. This whole time. I come home every night and I sleep right next to you.” “That’s it though! You don’t do anything else but sleep next to me. All we share now is this damn bed. We don’t even fuck anymore…I don’t know the last time you’ve called me beautiful. I remember, thats all you used to tell me I was. You know, I heard the word before and other’s tried to use it. But…it was you who made me believe I truly was beautiful. Because of the way you would look down at me, when I’m laying on your chest and your hair is frizzled. You would look down and ask me who’s beautiful, and I’d be too shy to answer, but then you’d kiss my forehead and give me my answer. That’s when I knew I loved you, but now…” ___tried to pull her closer but she jerked away instead. “ Now, I feel like I’m sleeping with a corpse too.”

the power to create and destroy worlds